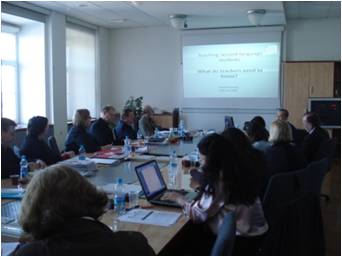 Below you shall find information on partners’ work and experience.

Because of shortage of space there are only listed the main partners of the project. A number of colleagues and research associates are working alongside with them on the project´s tasks.

Coordination of the project:

This project has been funded with support from the European Commission. This website reflects the views only of the author, and the Commission cannot be held responsible for any use which may be made of the information contained therein.